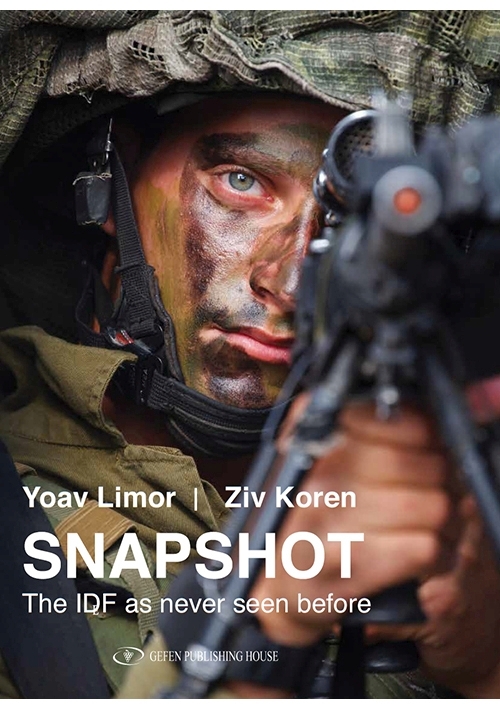 Price: $50.00
Special Price: $45.00
Format: Hard Cover
ISBN 10: 9652299383
ISBN 13: 9789652299383
Catalog Number: g938 / 938-3
Number of Pages: 240
Year Published: 2018
Description:
At age 70, Israel remains a military society. The Israel Defense Forces occupies a special place in the heart of the Israeli public. Surveys show that the IDF is Israels most beloved brand name  far above any other individual or institution. In its successes or failures, in wars and funerals, the IDF has been and remains the flag around which the country rallies. Israel calls its soldiers our sons and daughters  they protect us, and in return, they deserve our protection and support.

In fact, the IDF is what enables Israel to be a sane, prosperous society. In a stormy, unstable region, in the face of rapidly intensifying threats, the IDF permits Israelis to live in the Middle East, but to feel like theyre in Europe. Without the stable security that the IDF achieves through its daily, Sisyphean efforts, todays Israel would look very different  bloodier, more frightened, less secure.

Snapshot is a unique project that offers us a rare glimpse into the inner workings of the IDF and the other security forces, as they have never been viewed before. Commentator Yoav Limor and photographer Ziv Koren were given exclusive access, allowing them to bring us an unfiltered view of Israels real war over our homeland  from covert attacks in Syria and the battle against terror to defending the borders. Their work also reveals the real war of daily struggles  for the advancement of women in the military, to integrate the ultra-Orthodox, to absorb immigrants and disadvantaged youth. It documents the IDFs humanitarian aid missions to disaster sites around the world, and the technological breakthroughs that have transformed Israel into the start-up nation. Snapshot presents an unprecedented, insiders view of some of the most exclusive and secretive IDF units: Sayeret Matkal and Shaldag (general staff and air force commando units), technology units of the intelligence division, and the Shabak (Israel Security Agency).

The book also offers previously unpublished stories and photos from the war on terror, and border operations against Hezbollah, Hamas, and ISIS. Yoav Limor is a veteran journalist who has covered Israels defense establishment for the last 30 years. He previously served as writer and defense analyst for Maariv daily newspaper and as its London bureau chief. He was a commentator on military affairs for Channel 1 and in recent years has written for Yisrael Hayom daily. Recently he served as the host for the Channel 2 morning show. Today he appears on Keshet as host of the morning show and documentary presenter. He authored the best-seller Captives in Lebanon (with Ofer Shelach), and is a regular lecturer in many forums in Israel and around the world. Ziv Koren is Israels premier photo journalist. Previously he worked as a photographer for Yediot Aharonot, and recently he has photographed for Yisrael Hayom and leading global media outlets. He is also Israel representative for the Polaris photo agency. Koren has published 17 books and displayed his work in dozens of exhibitions. His photos are regularly featured on the covers of major magazines in Israel and abroad, and have won many international prizes. Koren is a popular lecturer on photography in Israel and around the world. Limor and Korens collaboration over many years has enabled the creation of this exceptional book.
You may also like: