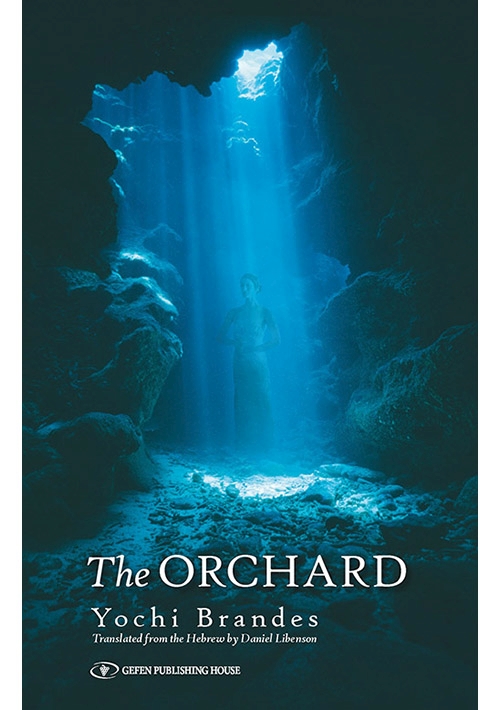 This spellbinding historical novel by celebrated Israeli author Yochi Brandes tells the story of the venerated yet enigmatic Rabbi Akiva, placing him in the context of his contemporaries, the Sages of Jewish tradition and of early Christianity. Rabbi Eliezer, Rabbi Ishmael, Rabban Gamaliel, Paul of Tarsus, and many others become flesh and blood in this stunning interweaving of biblical and Talmudic lore into a page-turning read.

At the heart of the novel is Rabbi Akiva and his complicated relationship with his wife Rachel, who meets him as a forty-year-old illiterate shepherd, marries him against her fathers wishes, and compels him to study until he becomes the nation of Israels greatest sage. Rabbi Akivas innovative method of interpreting Scripture provides his people with a life-giving elixir after Rome's destruction of the Second Temple, but also fuels the lethal Bar Kokhba Revolt, with disastrous consequences.

The Orchard offers a brilliant narrative solution to the fascinating story of four sages who entered a metaphysical orchard: one died, one lost his mind, one became a hater of God, and one  Rabbi Akiva  made it out unscathed. Or did he?

Reviews:
The Orchard mines ancient Jewish sources to tell the story of a singular period in the history of our people through the all-too-rare female point of view.
 Reuven Rivlin, President of the State of Israel

I read this marvelous book by Yochi Brandes in a single weekend. It swept me into the orchard and into the sources of our tradition.
 Benjamin Netanyahu, Prime Minister of the State of Israel

A fascinating, beautiful book about the roots of the Judaism we inhabit today.
 Peter Beinart, journalist and author of The Crisis of Zionism

Yochi Brandes takes Rabbi Akiva out of the world of history books and places him into the realm of the familiar in this Israeli classic.
 A. B. Yehoshua, best-selling author of The Lover and Mr. Mani

The Orchard exposed Judaism to me in such a different way than I had known it as an Israeli Arab. Required reading for each and every one of us  Jews, Christians, and Muslims alike.
 Lucy Aharish, news anchor, Israels Channel 2 television network

In this riveting one-of-a-kind novel, Yochi Brandes channels her vast knowledge of the Bible, Rabbinic teachings, and Jewish history into exquisitely crafted characters and a powerful storysupremely relevant to the questions we struggle with as we face our future.
 Rick Jacobs, President of the Union for Reform Judaism

The Princess of Dan: A Novel About Redemption Price:$28.95
More Info