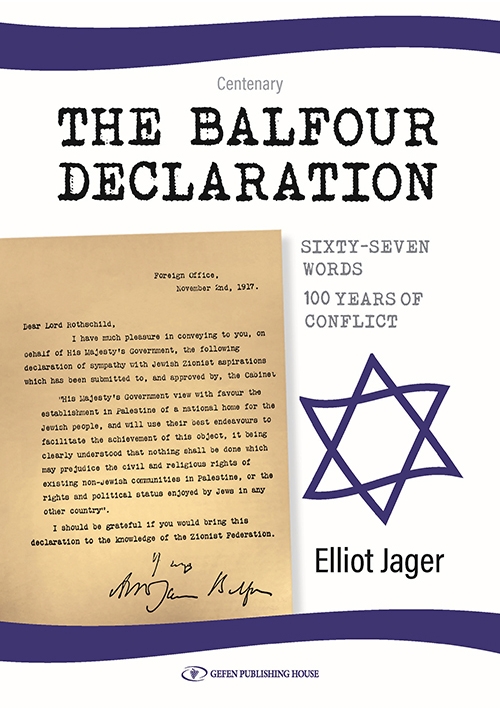 Price: $16.95
Format: Paperback
ISBN 10: 9652299243
ISBN 13: 9789652299246
Catalog Number: 924-6
Number of Pages: 201
Year Published: 2017
Description:
The Balfour Declaration: Sixty-Seven Words  100 Years of Conflict is a concise account of the players, motivations, and setting for one of the most consequential letters of modern history. The letter began a process by which the international community came to embrace the idea of the establishment in Palestine of a national home for the Jewish people. Jager brings to life the extraordinary personalities working amid the global conflict that was World War I. With the war still raging and despite political machinations and numerous secret deals, the Balfour Declaration was issued publicly. Britain promised Palestine to no one but the Jews  yet almost immediately, it began backtracking. One hundred years later, amid the Arab worlds unremitting rejection of the very idea of a Jewish homeland, this book spells out the backstory of todays headlines.
You may also like: