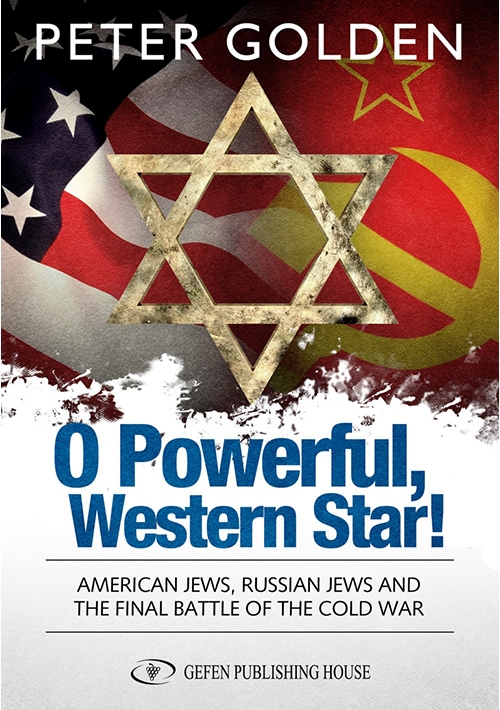 Price: $34.95
ISBN 10: 9652295434
ISBN 13: 9789652295439
Catalog Number: 9789652295439
Number of Pages: 571
Year Published: 2012
Description:
O Powerful, Western Star: American Jews, Russian Jews, and the Final Battle of the Cold War explores the hundreds of years of history that led American Jewry into the middle of the Cold War. The books primary focus is on the impact of the Second World War, the Holocaust, and the founding of Israel on American and Soviet Jewry. The changes in American and Soviet culture, and the Cold War are explored in depth. Along with original documents, published histories, newspapers, journals, and magazines, Peter Golden also relied on his interviews with Mikhail Gorbachev, Ronald Reagan, Richard Nixon, Henry Kissinger, George Shultz, Larry Eagleburger, Richard Perle, and many other individuals connected to the events.
Reviews:
The rescue of Soviet Jewry was an enormously complex happening. Now Peter Golden has woven the entire story in a broad-ranging tapestry of historical incidents and processes. A talented novelist has been let loose to make sense of this crucial exodus with the result that a dense history has been magically transformed. O Powerful Western Star! reads like a good novel.
Henry L. Feingold
professor emeritus of history at the Graduate Center, CUNY, and author of Silent No More: Saving the Jews of Russia and Bearing Witness: How America and Its Jews Responded to the Holocaust
You may also like: