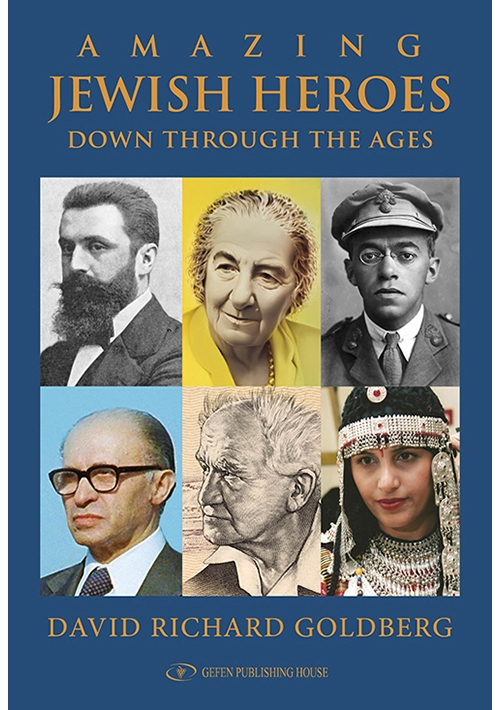 Price: $24.95
Special Price: $19.96
Format: Paperback
ISBN 10: 9652298816
ISBN 13: 9789652298812
Catalog Number: g881a / 881-2
Number of Pages: 208
Year Published: 2018
Description:
There have been many amazing heroes down through the ages. The achievements of American heroes like George Washington, Thomas Jefferson, and Abraham Lincoln certainly resonate, but how many heroes of Jewish heritage come to mind? Each of the eleven Jewish heroes presented in this volume, some famous and others less so, overcame tremendous challenges to achieve greatness, persevering through their faith in God and belief in freedom and human dignity. Queen Esther maintained her traditions in the house of Ahasuerus for nine years while also hiding her true origins, and then orchestrated the salvation of the Jewish Persians at great personal risk. When urgent funding was needed for the Continental Army in 1781, General George Washington turned to none other than a financial genius named Haym Salomon. Felix Zandman survived World War II as a teenager by living with three others in a pit for seventeen months, and then went on to graduate from the Sorbonne and found a company that was innovational in the world of electronics and communication. Our heroes many feats and great accomplishments, and their dedication to freedom and its ideals, are truly amazing, and their stories stand the test of time.