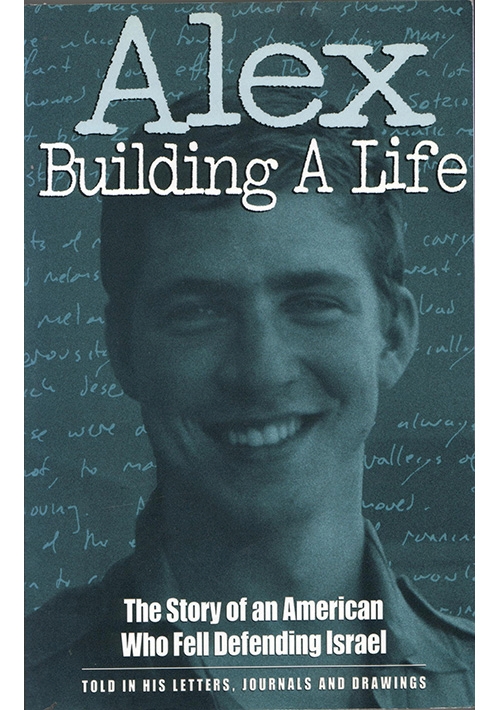 In many parts of the Jewish world it is taken for granted that today we live in a post-Zionist era, that Jewish nationalism is (was) a quaint idea that may have made sense at one time - when downtrodden Jews needed a safe haven from persecution - but no longer has contemporary relevance, and that Israel is not, or at least not to be, the central focus of the Jewish world. If Alex Singer had been alive today, he would have strongly disagreed with all those points: That was not the life he lived and it certainly was not the ideal for which he died.

Most readers may never have heard of Alex Singer, an American Jew by birth, an Israeli and an officer in the Israeli Defense Forces (IDF) by choice. Alexs life was cut tragically short by a terrorists bullet while he led his platoon on a patrol in Southern Lebanon. Just how great the tragedy becomes clear when reading the selections from Alexs writings (letters and diaries) and his drawings that are gathered by his parents and published as Alex - Building a Life.

Alex was a remarkable young man. Earnest, studious, and industrious, Alex was a success at everything he did: including college at Cornell University and a yearlong stay as a transfer student at the London School of Economics. Despite his lofty academic credentials, Alex also never forgot his Jewish roots: he writes many letters about a trip to Russia and his meetings with Refuseniks. Alex also never questioned his path after college: Aliya, Army service, officer school, culminating in a posting to a platoon in the IDFs elite Givati Brigade.

Two details shine through immediately: Alex sensitivity and his Jewish heart. In training his men, for example, Alex always followed what he considered the Jewish way: never to dehumanize the enemy, never to stoop to the level of terrorists. In following this line of thought Alex wrote a journal entry entitled Idea for Teaching the Difference of a Jewish Army. His point was that the IDF should/would never attempt to emulate the Nazis, or even the Arabs, by dehumanizing its foes. Instead, Jewish troops had to view its enemies as people. Alex noted that this is the Jewish way and also noted that such a policy keeps us in control of our actions.

Rabbi Joseph Teluskin summarized the entire story when he said that Alex understood what it means to be a moral human being, a committed Jew, and a mensch.