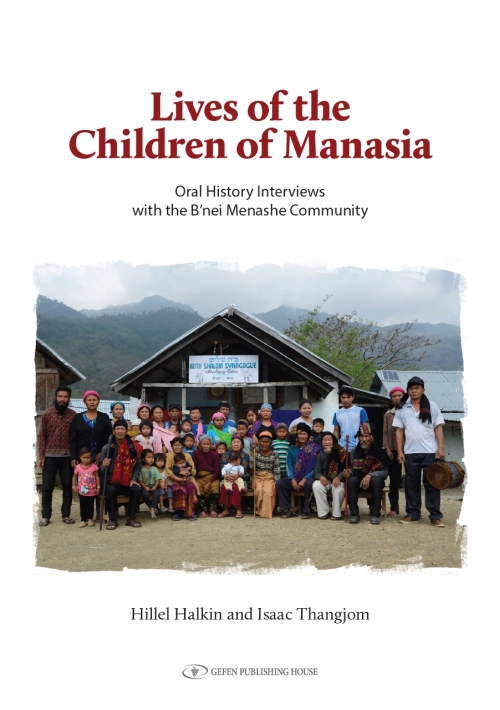 Lives of the Children of Manasia

Also available on Amazon.
To order on Amazon click here.
Oral history interviews with the B'nei Menashe community
Authors: Hillel Halkin
Isaac Thangjom
Price: $24.95
Special Price: $22.00
Format: Paperback
ISBN 10: 9657023912
ISBN 13: 9789657023914
Catalog Number: 7023-91
Number of Pages: 376
Year Published: 2022
Description:
THE BNEI MENASHE are certifiably one of the newest, possibly remnants of one of the oldest, and certainly one of the most unusual Jewish communities in the world today. Hailing from a Tibeto-Burman ethnic group known as the Kuki- Mizo that inhabits the remote Himalayan foothills of northeast India, they are equally divided today between India and Israel. Lives of the Children of Manasia is composed of twelve comprehensive oral history interviews with elderly members of the community in Israel.

Conducted in the Mizo and Kuki languages by Isaac Thangjom, the interviews were translated by him into English and edited by Hillel Halkin. Many of the men and women interviewed here were among the founders of the Judaizing movement that led to the formation of the Bnei Menashe community in the early 1970s. Their individual life stories, remarkable in their own right, narrate a collective drama that until now has been shrouded in myth and misconceptions.

This book reveals how an initially small group of people descended from jungle warriors, illiterate rice farmers, and practitioners of a traditional tribal religion courageously found their way to Judaism; what about the latter attracted them, though they had never before met a real Jew in their lives; and how their fierce attachment to their new faith eventually brought them and many
others to Israel, where some five thousand of them live today as full citizens.

An illuminating introduction by Halkin explains the social, cultural, and historical setting that produced the Bnei Menashe, while an afterword presents surprisingly convincing evidence for their contention that they are linked to the biblical tribe of Manasseh  one of the Ten Lost Tribes of Israel exiled by the Assyrians in the eighth century BCE.
You may also like: