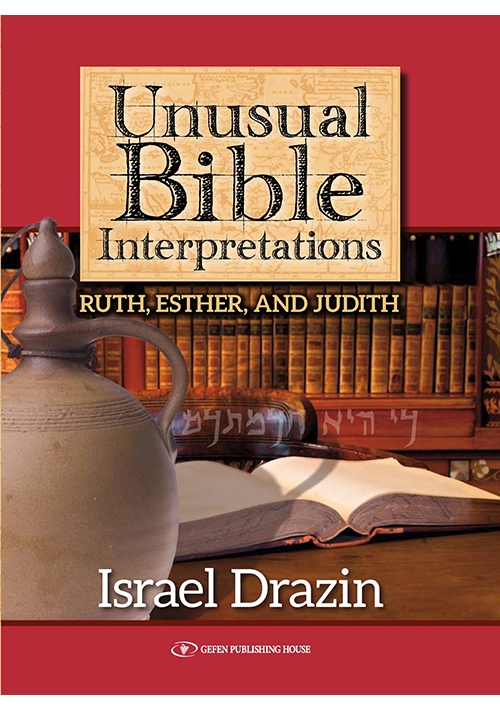 Also available on Amazon.
To order on Amazon click here.
Author: Israel Drazin
Price: $24.95
Special Price: $20.00
ISBN 10: 9652298794
ISBN 13: 9789652298799
Catalog Number: 9789652298799
Number of Pages: 201
Year Published: 2016
Description:
This fourth volume of the Unusual Bible Interpretations series explores the biblical books Ruth and Esther and the apocryphal book Judith, which Jews and Protestants did not include in the Bible. Similar to Joshua and Judges, neither Ruth nor Esther shows any familiarity with the laws in the Five Books of Moses. Remarkably, Judith contains more religious expressions than either Ruth or Esther. Why, then, did the rabbis exclude it from the Bible? After a detailed analysis of the story, this book offers an answer to this age-old question. The volume contains a plethora of unexpected and thought-provoking facts, such as:

Unusual Bible Interpretations offers fresh insight and a comparative analysis of three books with a female protagonist [...] is a worth­while read to explore these sto­ries in greater depth.
Jessica Deutsch
jewishbookcouncil.org, May 18, 2017
To see the entire review click here.
You may also like: