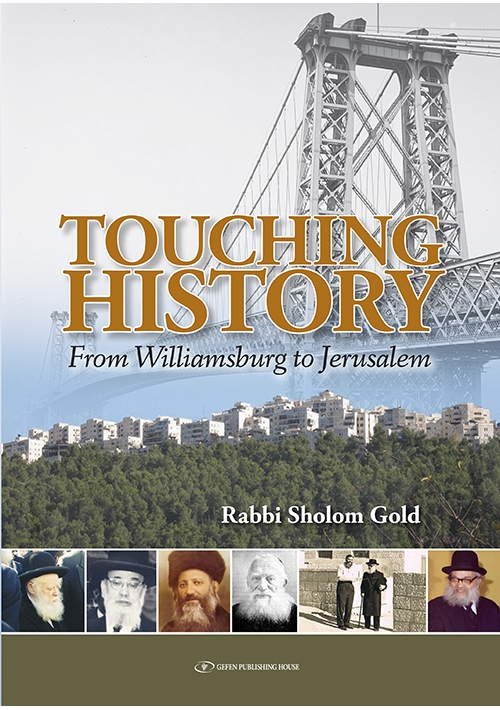 Price: $29.95
Special Price: $23.96
Format: Hard Cover
ISBN 10: 9652296392
ISBN 13: 9789652296399
Catalog Number: 9789652296399
Number of Pages: 320
Year Published: 2014
Description:
This gripping memoir tells the personal story of a man who has lived at the epicenter of the major events of modern Jewish history. From the ashes of Auschwitz to statehood and the beginning of the ingathering of the exiles, Rabbi Sholom Gold, born in Williamsburg in Brooklyn nearly eight decades ago, has lived through the most traumatic, tragic, and ultimately majestic period in the four-thousand-year saga of the Jewish people.
Rabbi Gold chronicles here his relationships and memorable encounters with many of the Torah worlds most illustrious personages, including the Stoliner Rebbe, Rav Yaacov Kaminetsky, Rav Yaacov Yitzchok Halevi Ruderman, the Satmar Rebbe, the Brisker Rav, Rav Tzvi Pesach Frank, the Kopycznitzer Rebbe, the Belzer Rebbe, Rav Tzvi Yehuda Kook, Rav Schach, the Ponovezher Rav, Rav Amram Blau, Rav Yisroel Gustman, Rav Avraham Pam, and more, as well as the story of sneaking through the closed-off streets of Jerusalem during a military exercise to be (successfully) tested for rabbinic ordination by Rav Yosef Shalom Elyashiv.
A passionate advocate for the land of Israel, in which he has lived for thirty years, Rabbi Gold tells of his encounters with prominent Israeli political figures such as Chaim Herzog, Menachem Begin, Yuli Edelstein, and Prime Minister Benjamin Netanyahu, and relates his struggles and political activism both in Israel and abroad to preserve the integrity of the state against the damaging Oslo Accords. Above all a rav and teacher, Rabbi Gold relates many anecdotes from his years in the rabbinate, including a mission into the heart of Soviet Russia to give encouragement to Moscows beleaguered Jews. With sensitivity, depth, warmth, and plenty of humor, Rabbi Gold opens a fascinating window on the tumultuous and dynamic years of destruction and rebuilding that preceded and followed the founding of the Jewish state, and offers an insiders perspective on life in the land he holds so dear.
You may also like: