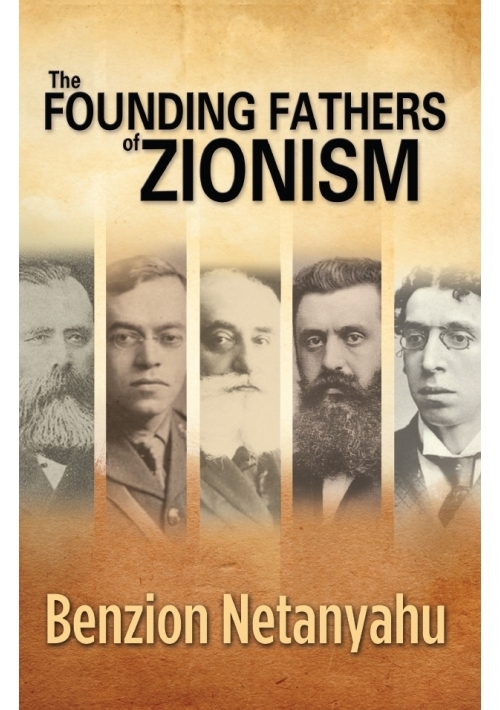 The Founding Fathers of Zionism

And so the small stories of five extraordinary men coalesced, becoming one over-arching history that culminated in the establishment of the state of Israel. The Founding Fathers of Zionism, written by the famed historian Professor Benzion Netanyahu, profiles the men who showed the Jewish people the road to survival, freedom and revival.

From the pogroms of czarist Russia to the shores of Palestine, Leo Pinsker, Max Nordau, Theodor Herzl, Israel Zangwill and Zeev Jabotinsky dreamed, advocated, hoped and devoted themselves to the Zionist cause. All passed from the scene before the watershed moment on May 14, 1948, when Israel was born, but it was they who laid the groundwork for its creation. Historian Benzion Netanyahu has produced profiles and impressions of these five giants. The Founding Fathers of Zionism is an intimate yet sweeping look at the lives of these men. The result is a history as thrilling as it is necessary, for the ideas championed by the founding fathers of Zionism are as relevant today, for Israel and the West, as they were when first espoused. The Founding Fathers of Zionism, written by the famed historian Professor Benzion Netanyahu, profiles the men who showed the Jewish people the road to survival, freedom and revival. In this landmark work, Netanyahu gives us a glimpse into the eras in which Max Nordau, Leo Pinsker, Theodor Herzl, Israel Zangwill, and Zeev Jabotinsky toiled for an epic cause.His depiction of these men, their ideas and activities, puts flesh on bone, so that the five stand out in all their grandeur and uniqueness.
Est.
Reviews:
A brilliant, elegantly written work, highly original and personal in its portrayal of five of the most important of Zionist theorists, from Pinsker to Jabotinsky. The author...was himself an activist in the Revisionist Zionist movement and an aide to one the founders about whom he writes....
Michael Curtis
Rutgers University
You may also like: