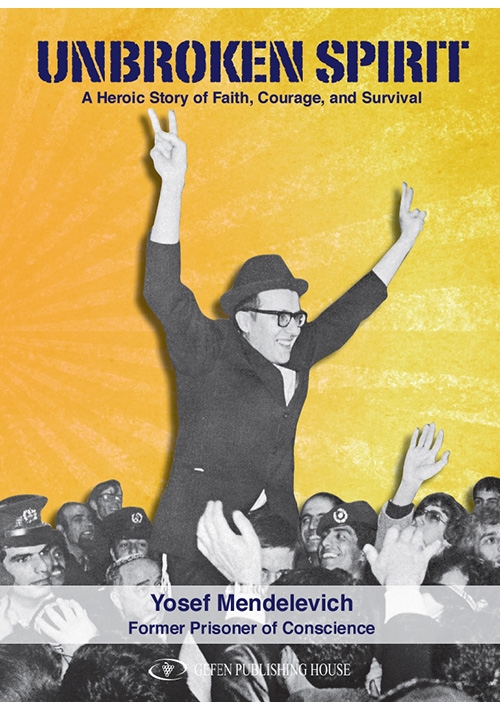 Price: $29.95
Special Price: $22.95
Format: Hard Cover
ISBN 10: B09S5YCHDQ
ISBN 13: 9789652295637
Catalog Number: 9789652295637
Number of Pages: 356
Year Published: 2012
Description:
In the Latvian capital Riga after the Second World War, a Jewish boy in the Soviet Union grew up in an atmosphere pervaded by anti-Semitism. After his father was arrested during one of the waves of anti-Semitic persecutions that swept through the Soviet Union his mother died of heartbreak.

That tragedy heralded the beginning of something better. Powerfully drawn into Jewish life, at age 19 he founded an underground organization that struggled for Jewish rightsincluding the right to study Torah.

At age 22, after his attempts to receive an exit visa were repeatedly refused, he participated in an attempt to hijack a plane to the West which led to his arrest and sentence of 12 years. This struggle opened the first cracks in the Iron Curtain and eventually brought about the mass exodus of Soviet Jewry and its dramatic aliya to Israel.

Reviews:
Yosef Mendelevich is a true hero of one of the most successful human rights struggles in history: the rescue of Soviet refuseniks and Prisoners of Zion from an antisemitic captivity.... This remarkable memoir must be read by all who love freedom and cherish the right to practice their religion.
Alan Dershowitz
Harvard Law School

Yosef Mendelevich was among the first to begin our struggle, paving the way for hundreds of thousands of Jews to leave the Soviet Union. His personal story teaches that even under difficult conditions man can overcome all obstacles, especially when he seeks out the spiritual significance of his Judaism within his life.
Avital Sharansky
Human rights activist

An extraordinary testament. It tells us that nothing can kill the human spirit. Even living
in a totalitarian regime, where his basic rights were denied, Mendelevich managed to rise to great heights of bravery and faith. He recounts his story beautifully and powerfully. It is impossible not to be moved by the resilience of his Jewish soul.
Gal Beckerman
author of When They Come for Us, Well Be Gone: The Epic Struggle to Save Soviet Jewry,
winner of the 2010 National Jewish Book Award

The biography of Prisoner of Zion Rav Yosef Mendelevich, one of the shining examples of the struggle for Soviet Jewry against Communist rule, teaches us how the power of a single individual can change the world: how the power of faith and the uncompromising determination of the spirit can subdue an enemys power. The book Unbroken Spirit tells the story of an extraordinary man whose whole life is a long treatise of Kiddush Hashem and great self-sacrifice for the sake of observing the Torah and its mitzvot in all situations - in pain and crisis and also in peace and comfort.
Rav Yisrael Meir Lau
You may also like: