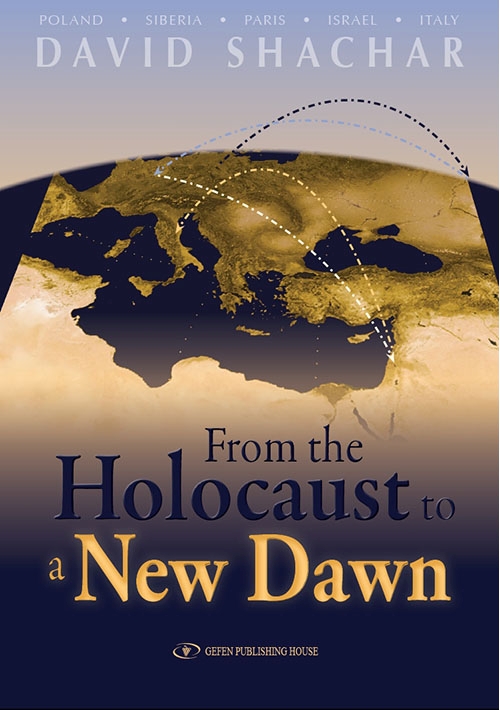 Story of 30,000 Jewish Soldiers who fell in Polish Army
From the Holocaust to a New Dawn

The memories of David Shachar are a journey through the tunnel of time: from wanderings in Poland to the life of a refugee in World War II, and on to a soldiers life fighting the Nazis. After the war, while studying radio electronics in Paris, David cut his studies short and came to Israel to fight in the War of Independence. A few years later, David and his wife, Chaya, answered Ben-Gurions call to settle the country from the city to the frontier, and they moved to the development town of Kiryat Shmona. He worked tirelessly to advance the developing city, using his qualifications and abilities to build up technology in the border area. Years later, David Shachar served as a senior representative of the Israel Aircraft Industries with the Ministry of Defense and did much to develop and advance Israels defense industry.

David never lost sight of his memories of World War II and devoted himself to memorializing the bravery of the 30,000 Jewish soldiers who fell in the Polish army. On his initiative, the outstanding monument in their memory was established at the military cemetery on Mount Herzl in Jerusalem. In the words of Ephraim Kaye of Yad Vashem, Davids story of rebirth is one of unprecedented creativity, courage and self-sacrifice that is the essence of Israel today. This inspiring autobiography is a must-read.
You may also like: