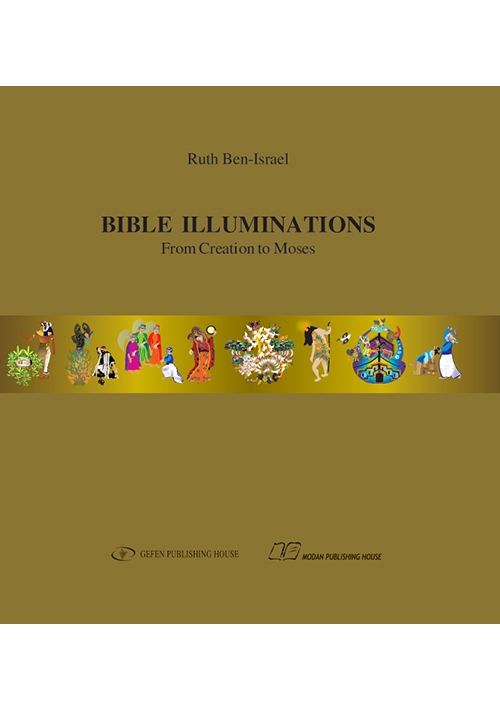 Bible Illuminations (Not the Complete Torah Text. Text of Illuminated Passages Only)

Price: $40.00
Special Price: $29.95
Format: Hard Cover
ISBN 10: 9652294772
ISBN 13: 9789652294777
Catalog Number: 9789652294777
Number of Pages: 264
Year Published: 2010
Description:
Bible Ornamented Illuminations, by Professor Ben-Israel, are presented in series, each of which relates to a specific biblical scene. The book is in the form of eight thematic series, each of which includes central chapters from the Hebrew Bible, starting with Creation of the World and continuing with the developments which followed till the death of Moses on Mount Nevo. In each of these chapters, there are illustrated sub-sections. Each illumination is accompanied by the Biblical text (in Hebrew and in English) to which it refers with great precision. Professor Ben Israel painted the Bible Illuminations by using the computer. She was enchanted by the uniqueness of the computer brush which offers innovative qualities unparalleled among traditional painting tools used thus far for this purpose. Hence, the new qualities of the digital brush bring about a new perspective to Biblical paintings, which could not be provided otherwise, especially, in the past. Furthermore, today's generation is the computer generation. Young children are familiar with the language of the computer and the way it works even before they learn how to read and write. Today, people spend most of their time sitting in front of a computer screen. They use the screen for work and for leisure, for play and for study. Because of this people are now used to thinking, experiencing and understanding things in the language of the computer. They feel a sense of closeness and common experience when talking about tools which they are used to, like the computer. Thus, if one wants to address the contemporary generation about art it should be done in their language. It seems, therefore, that the right medium for painting today is the computer, not necessarily as the exclusive medium, but certainly as a legitimate medium. The Biblical Tales painted by Ben-Israel are presented in series, each of which relates to a specific biblical scene. Using such technique instills a new meaning in an ancient tradition that told the whole story in a single painting. Embraces and adapts Bible illuminations to contemporary comics (a means of expression of the younger generation of the 20th century) to the artistic language of contemporary painting. Painting in series forges a link between the individual picture and animation film; it translates actually the language of the magic lantern of the early 20th century to the language of the digital painting of the 21st century.
You may also like: