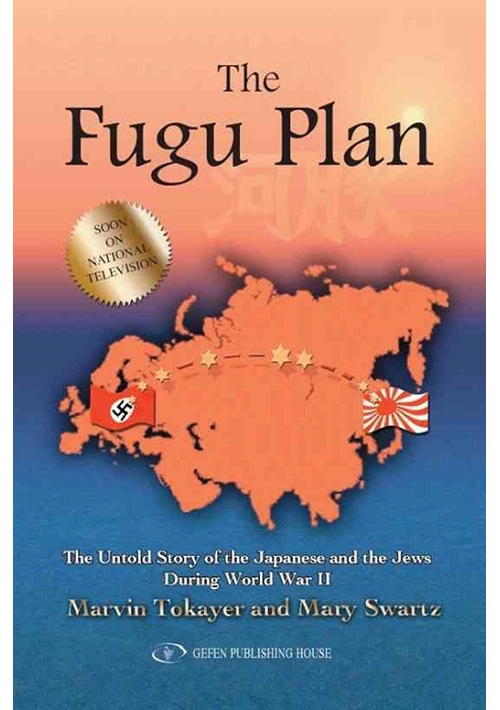 Also available on Amazon.
To order on Amazon click here.
The Untold Story of the Japanese and the Jews During World War II
Author: Marvin Tokayer
Publisher: Gefen Publishing House

If someone who is rich and powerful comes to you for a favor, you dont persecute him  you help him. Having such a person indebted to you is a great insurance policy.

There was one nation that did treat the Jews as if they were powerful and rich. The Japanese never had much exposure to Jews, and knew very little about them. In 1919 Japan fought alongside the anti-Semitic White Russians against the Communists. At that time the White Russians introduced the Japanese to the book, The Protocols of the Elders of Zion.

The Japanese studied the book and, according to all accounts, naively believed its propaganda. Their reaction was immediate and forceful  they formulated a plan to encourage Jewish settlement and investment into Manchuria. People with such wealth and power as the Jews possess, the Japanese determined, are exactly the type of people with whom we want to do business!