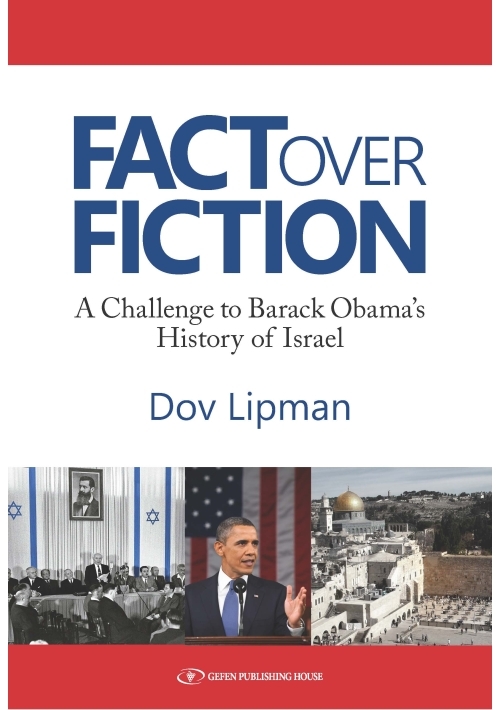 Also available on Amazon.
To order on Amazon click here.
A Challenge to Barak Obama's History of Israel
Author: Dov Lipman
Price: $19.50
Format: Paperback
ISBN 10: B09DHWGHXK
ISBN 13: 9789657023747
Catalog Number: 7023-74
Number of Pages: 192
Year Published: 2021
Description:
Dov Lipman writes about controversial subjects with great respect for those with whom he disagrees. That is true of his dissection of and
rebuttal to the chapter about Israel in President Obamas memoir A Promised Land. As such, this book should be read as much by people throughout the world who disagree with former MK Lipman as those
who agree with him.
Senator Joseph Lieberman, U.S. Senator (1989-2013), Democratic
candidate for vice president (2000)

Former Knesset member Dov Lipman's book corrects President Obamas historical distortions. It is a must-read for all who want a genuine understanding of this hugely contentious and strategically
vital arena rather than just accepting the falsehoods so prevalent in todays hostile deluge of anti-Israel propaganda.
Col. Richard Kemp, Commander of British Armed Forces in
Afghanistan (2003)


In his book Fact Over Fiction, Former Member of Knesset and colleague, Dov Lipman, exposes the extent to which each phrase in Barak Obama's highly inaccurate description of the history of Israel and the conflict in his book, A Promised Land, is fraught with dangerous meanings that help explain the continued failure of the well-meaning West to grasp the nature of the conflict and bring about a just solution.
Dr. Einat Wilf, Former Member of Knesset (Labor party)
You may also like: