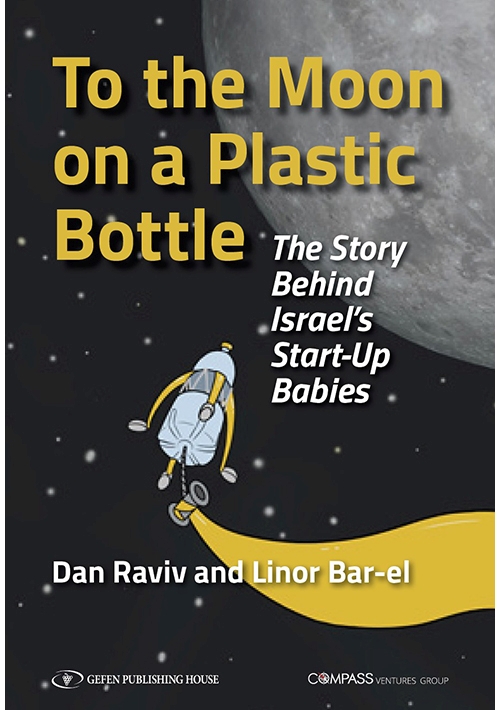 Readers go behind the scenes of Israeli success through the amazing story of Yariv Bash, Kfir Damari, and Yonatan Weintraub, the three youths behind Project Beresheet, the first Israeli spacecraft that went all the way to the moon. Ten years after the phenomenal sensation of Start-Up Nation, we decided to investigate the source of Israeli-Jewish achievement from a fresh viewpoint.

For the first time ever, we explain how the chaotic, audacious cultural style that has given Israelis a bad name around the world has taken a surprising turn in recent years. Israels culture has become a significant component of the success of young entrepreneurs operating in a knowledge-rich environment.

In this book, we open a window onto the mysteries of the Israeli-Jewish innovation greenhouse. We explain how the young generation in Israel is essentially continuing the epic journey begun by their biblical forefather Abraham. Generous helpings of chutzpah and the Jewish talent for endless argument enable Israel's youth to dare to dream big.

Against almost all odds, they can fall down and get up again. They can fail and then start over from the beginning ('Beresheet' in Hebrew). The story of the Beresheet spacecraft and its three founders is a microcosm of the larger story of this pioneering generation of young, daring entrepreneurs of the State of Israel.

In a broader prism, it represents the essence of this tiny nation. Since the day of its establishment, Israel has functioned within a state of chaos  yet it continues to win. This is also the story of a people with unique social characteristics, which sanctifies military culture but refuses to accept authority.

The Jewish nation is not afraid to take its complaints all the way up to the highest rank  God himself, while carefully maintaining an ancient and profound relationship with the moon as one of His influential creations. This book also offers revealing insights into how the State of Israel integrates religious conservativism with groundbreaking technological creativity. As Israeli youth sing in the lyrics of a popular song, He who believes is not afraid. Readers will relish the intimate details given by young Israeli entrepreneurs and the viewpoints of veteran innovators, based on personal conversations with the authors and interviews they granted to Israeli public media.

This book is also the first time that Yariv, Kfir, and Yonatan share their unbelievable personal story with the general public. Their journey begins with a funny Facebook post and takes us through the decision to send a spacecraft to the moon despite no previous knowledge or financial means. By the time we reach the tension-filled landing, the entire nation is moonstruck.