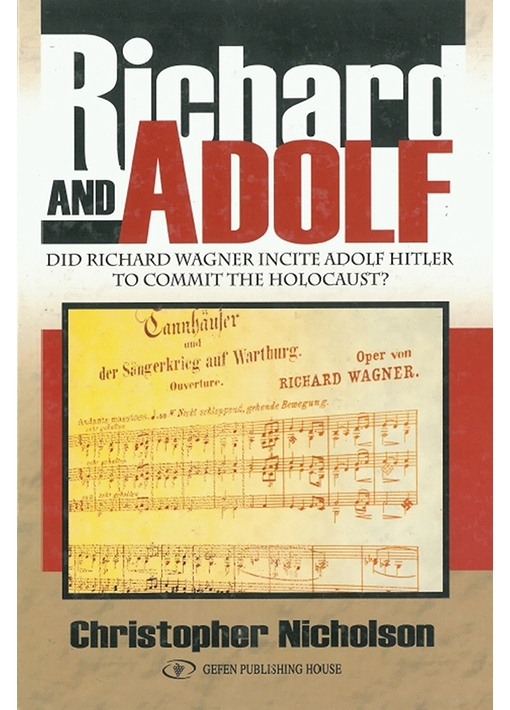 These and other issues are treated in a sholarly way in Richard and Adolf; Did Richard Wagner incite Adolf Hitler to commit the Holocaust?

The music of composer Richard Wagner is banned in Israel, as he is regarded as a precursor of the Nazi ideology. In Richard and Adolf, Nicholson explores the anti-Semitic elements of Wagners polemical works and his music, and the immense influence this had on the man who was to become Germanys Fuhrer. Reference is also made to the texts of the major operas, reckoned by many to be the greatest works of art of all time.

Biographers have often avoided delving into the uglier elements of both of the subjects personalities. Without seeking sensationalism, this book does not shrink from exploring their seedier side, including their sexual dalliances
and perversions, in its quest to understand the full range of factors that led to Hitlers pursuit of the Holocaust.


Reviews:
'...an important work particularly for a generation to whom World War II was something someone mentioned during a history lesson.'
Read Full Review here.

'If you are looking for an overview of Wagner's life and anti-Semitism written in easy to understand language without having to read seventeen different biographies of Wagner written in Universities with long quotes in French or German this will probably fit the bill nicely.'
Read Full Review here.
You may also like: