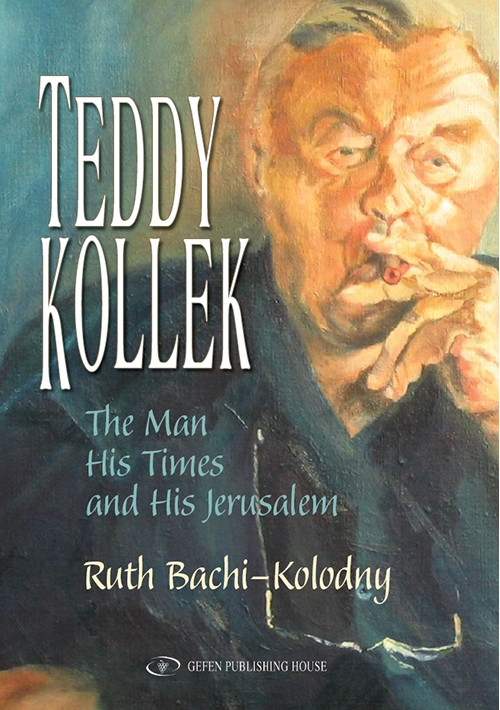 Among the interviewed are George Schultz, Helmut Schmidt, Prof. Isaiah Berlin, Prof. Bernard Lewis, Isaac Stern, Leonard Bernstein, Shimon Peres and members of the Rothschild family. Supplemental research for the book was done in various archives around the world, including the Haganah archive and the Jerusalem archive.

Teddy Kollek (19112007) participated in all the events critical to the Jewish people in the twentieth century: he was a pioneer at Kibbutz Ein Gev in British Mandatory Palestine, served as intelligence agent and an emissary of the Jewish Agency in Europe during WWII, coordinated military purchases in the us prior to the Israeli Warof Independence, and was director-general of the office of Prime Minister David Ben-Gurion during the first years of the State of Israel.

In 1965 he was elected mayor of Jerusalem and after the Six-Day War, he transformed this provincial, introspective and divided city into a flourishing capital that worked at coexistence between Jews and Arabs.

I am still optimistic about the future  one hundred years from now.
Teddy Kollek


Reviews:
Teddy certainly put down a marker for what peaceful coexistence should be like. He was the right man at the right place but he was always ahead of his time.
Henry Kissinger

Teddy did for Jerusalem more than anyone else on earth, with the possible exception of King David and King SolomonHe represented the best example of a leader and governor since the Jews returned to their land.
Leon Uris

Teddy Kollek was the best-known Israeli in the world. If you asked someone who was mayor of Chicago, London or Paris at the time, they would not have known, but if you asked who was mayor of Jerusalem, theywould have known for sure. He managed to preserve a reasonable way of life in an unreasonable city.
Professor Bernard Lewis