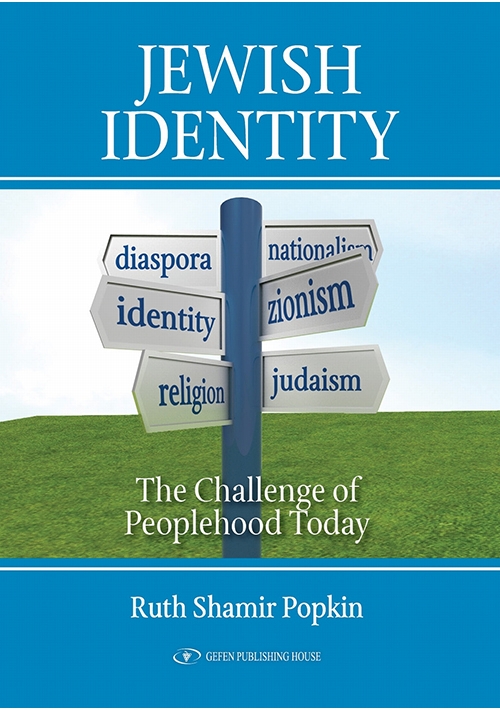 Also available on Amazon.
To order on Amazon click here.
The Challenge of Peoplehood Today
Author: Ruth Shamir
Price: $24.95
Special Price: $18.00
ISBN 10: 9652296716
ISBN 13: 9789652296719
Catalog Number: 9789652296719
Number of Pages: 399
Year Published: 2014
Description:
Though the seemingly impossible dream of a sovereign Jewish state became a reality more than sixty years ago, the question of Jewish identity remains as much an enigma as ever. That enigma is at the heart of Dr. Ruth Shamirs book as it explores the history  at times tragic, at times triumphant  of the evolution of Jewish identity in the modern era.

Dr. Shamir skillfully guides the reader through a myriad of issues that are today at the center of a passionate debate both in Israel itself as well as in the Diaspora, where half of the worlds Jews still live. The debate  and hence the main themes of the book  revolves around such questions as:


However difficult it may be to accomodate the many complex and continually changing Jewish identities under the single roof of Judaism, Dr. Shamir contends that we have no alternative  neither for Israelis nor for the Jews of the Diaspora. But if that overarching identity is to be preserved, Jews must internalize the core ideas of multiculturalism to create a multifaceted Jewish identity that positively reflects the freedoms of todays world.