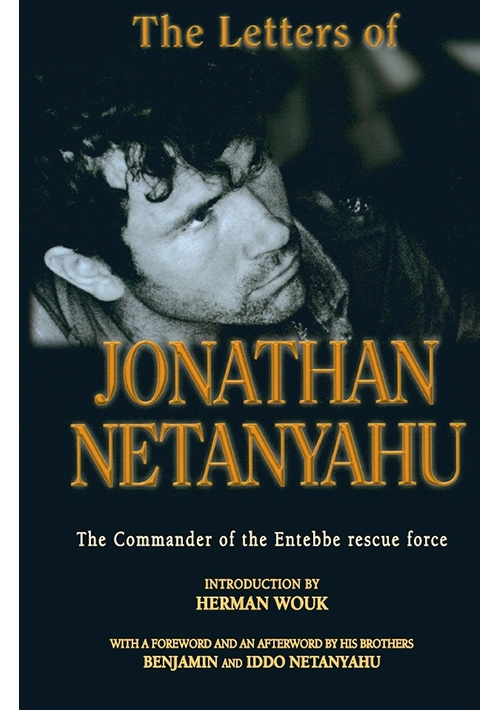 The Letters of Jonathan Netanyahu (pb)

The story of this dramatic rescue has become legend, and Lieutenant-Colonel Jonathan Netanyahu, who led the operation and was killed during its execution, has become a modern-day hero.

As the world struggles with the barbarity of terrorism, the story of Entebbe, and Jonathan Netanyahu's role in it, are an inspiring and moving testimony to the ideals of democracy and freedom.

The Letters of Jonathan Netanyahu is a collection of personal letters penned by Netanyahu over a period of thirteen years, from high school in Philadelphia to the raid at Entebbe. Yoni  as he was known to family, friends, and the Israeli nation  is revealed as a devoted and serious man, deeply dedicated to his country and the soldiers under his command.

According to General Shlomo Gazit, a former Chief of Israel Military Intelligence, Yoni had a complex personality; on the one hand, he was a superb warrior and commander, brave and devoted; yet on the other hand, he was a man blessed with many other talents, with a rich and fertile imagination and an exceptionally analytical mind. It is this breadth of character that emanates from his letters.

In his stunning introduction to The Letters of Jonathan Netanyahu, Herman Wouk describes the book as fortuitous, not a deliberately created work of art, that succeeds in exposing an intimate dimension of a remarkable young man. And of the Entebbe operation itself, Wouk comments its fame does not dimin the continuing struggle of civilized men against the mounting global crime of terrorism, Entebbe shines, a beacon in dense gloom.

Against this sobering backdrop, Jonathan Netanyahu emerges as the very essence of heroism, morality and idealism. Since the founding of modern Israel, its officers have instructed their men to 'follow me,' leading by example and taking the greatest risk in order to inspire those in their charge to higher ideals.

Although more than twenty-five years have passed since the Entebbe raid, Yoni Netanyahu remains more than ever the embodiment of all that Israel, and the civilized, democratic world, is striving for.

Yonis unpretentious accounts of his accomplishments, simply written and thus the more grand make him the convincing hero he was, and make us wish that more like him were among us.'